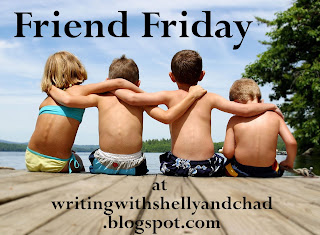 Guest Post by Selah Janel a blogger and author of Mooner (Amazon, B&N, No Boundaries) and The Other Man (ARe, B&N, Amazon)

I’ve tried to deny it for the longest time, but it’s unavoidable. I apparently can’t quote space-operas, can’t proclaim my undying love of Cthulhu, can’t go on and on about the significance of fairy tales and folklore, and can’t give on-the-spot dissertations about vampires without admitting that I maybe, just maybe, might be a teeny-tiny, little bit of a geek. Kind of. Nah, I’ve always been enthusiastic about imaginative things; if they involved other worlds and heaps of detail, I generally went nuts over them. It’s a trait that continues to this day, though I’ve generally calmed down and don’t bolt across a crowded room to glee all over the place about a new movie, album, book, or whatever (Except at cons. I still tend to let me inner geek out at cons quite a bit.) It’s probably inevitable that I started writing. Granted, as a kid I could’ve cared less about terms like urban fantasy and horror, but I was obsessed with the what-if of a situation even then. Plus, I grew up in the eighties, a grand era when every toy had five million accessories and its own television show and even cartoons like the Care Bears had enemies that suspiciously resembled the Necronomicon.

I love genre fiction because there’s so much freedom in it. Every time that we think an area’s been tapped and there’s nothing more to say someone else comes along and points us in a new direction. Think magic has been tapped because Harry Potter’s over? Well may I point you to the works of Tolkein, C.S. Lewis, Yeats’ fairy tale collections, Inkheart, Holly Black’s graphic novels and teen titles, and the Belgariad? Seeking other vampire fiction to fulfill your bloodlust? Might I suggest Interview with the Vampire, The Sonja Blue series, The Lost Boys, Lord of the Dead, Buffy the Vampire Slayer, Fat Vampire, or any number of night-crawling titles? For those that either aren’t satisfied with Hunger Games or for when that age bracket grows up there’s always Battle Royale. There’s Star Wars, Star Trek, Stargate, Battlestar Galactica, Farscape, and Firefly for the sci-fi crowd. Horror extends from Stephen King to Clive Barker to splatter punk and gore to psychological and thriller. And for those who just want something different and otherworldly there’s Dr. Who and the entire works of Ray Bradbury and Neil Gaiman. There are always options and it’s popular to rant about how everyone’s copying each other and nothing’s good. Granted I can be a little cynical around the edges at times with certain titles too, but we’re actually incredibly lucky to have so many choices that reach to the ends of possibility and back. What’s even better is that for every idea that’s put out there, there’s still room for more. As long as there’s imagination and someone willing to watch or read it, there’s always going to be room for genre fiction and film.

There’s something about the unexplained and supposedly impossible that’s just amazing to me. It doesn’t matter if it’s expressed in gorgeous magical ways or dark and sinister – there’s just something beautiful in the what if. What if there’s someone else out there in the universe that we just haven’t met yet? What if magic is just waiting to be discovered and we haven’t rubbed the right lamp or said the right words yet? What if we’re all just a hair away from losing who we really are or claiming our rightful place as heroes? There’s so much that can be done with the what if! I love it – and I totally reject the notion that genre works aren’t as legit as “real” literature. The very fact that the general, everyday public can enjoy and relate to it is awesome, and so many genre stories carry amazing metaphors and emotional journeys.

As a reader I love walking down all those roads of possibility. Admittedly I like to try to guess the outcomes and I’m always dumbfounded and pleasantly surprised when someone can stump me or get me to fall for a bait and switch. As a writer I love all the different winding roads that I can meander down with fantasy, urban fantasy, magic realism, and horror. It’s just as much fun coming up with the what-ifs as it is discovering them as a reader. What also gives me hope is that despite all the marketing that seems to push the need for the next big magical, other-world story, there’s a genuine desire from people who actually want to read fantasy, sci-fi, and horror. Call it an escape, call it a deft way of finding something that people connect with in a world that seems crazy most of the time, but I call it a powerful, wonderful trend that’s hopefully here to stay.
Posted by Small Town Shelly Brown at 12:30 AM