Some of our yuletide traditions confuse me though—like mistletoe. 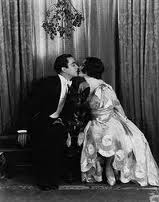 Now don’t get me wrong, I’m not saying that I don’t wholeheartedly approve of an excuse for a good snog (which is not a holiday drink, but English slang for a little smoochie smoochie. Haven’t you seen Harry Potter? If you haven’t, did you hear that in that in the last movie/book Harry paused in a duel with Voldemort to tell him he was off his trolley, and called him a “evil cheeky duffer”? Voldemort promptly killed Harry while he was talking. This will bring on a whole new series—The Revenge of Neville Longbottom. Crazy huh? I never saw it coming.). It’s just that for the longest time I’ve had difficulty seeing the connection between standing under an odd plant and being obligated to kiss someone.

In an effort to find the method to this madness I completed extensive research (4 ½ minutes on the internet) on the subject. Turns out that experts trace the mistletoe tradition back to ancient Druid customs—as in the Stonehenge Druids. Interesting. But I wanted to take it a step further. Was it the Druid men, or the Druid women who invented it?

At first, I thought I had some pretty convincing evidence that it was the Druid men who invented mistletoe. Note the following: 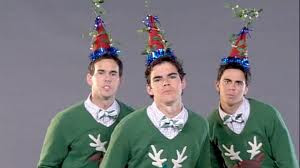 1.  Mistletoe is a terrible name. It doesn’t exactly seem romantic or even remotely plantlike. It sounds more like a foot fungus, or a badly named Decepticon. That has “guys” written all over it.

2. The whole ruse is extremely shallow and gimmicky—another point toward the men. Afterall, men were responsible for the great I’ll-bet you-a-quarter-I-can-kiss-you-without-touching-your-lips scheme (which was invented shortly after quarters were first created).

But my case started to unravel when I realized that men, ancient and pagan or not, don’t really notice plants. And they never hang them. If men were behind the idea, they would be more likely to carry mistletoe around with them and quickly hold it over an unsuspecting passing girl (which is not a good idea. Touching mistletoe gives you a really bad rash. I mean itchy all over, poison ivy kind of rash. That’s true. . . Not that I’d know. . . Seriously . . . never happened to me. . . I wouldn’t try to hold it over . . . moving on). 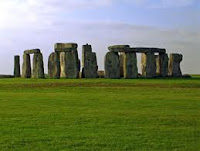 A woman mastermind was a better fit. And though I can’t prove it, here is my working theory:   Women save anything and everything romantic right? They need it, just in case they happen to marry the guy who gave it to them. And if they break up, they’ll need something to burn while they eat chocolate and tell all their roommates how insensitive he was. So one day, an ancient druid woman, we’ll call her Guntherina, was kissed. The next day, in a romantic daydream and singing a chipper Gaelic song, she revisited the very spot of the first kiss and noticed that it had happened under a strand of mistletoe attached to a tree. She clipped it, took it home and then told all her other Druid girlfriends. The group of women giggled and demanded details, then decided that if ever they were under a mistletoe, the closest Druid man would have to kiss them. If the men refused to comply they would be tied to the Stonehenge until the aliens that made the ancient rock formation returned and abducted them.

Of course, the Druid men discovered that attempting to discard all the mistletoe can give you a terrible rash.
Posted by Chad Morris at 10:00 PM