I sat listening to Michelle Ashman Bell at last year’s Storymaker’s conference. She had a lot of insightful advice about developing characters that are relatable to readers and have depth—an hour’s worth of great stuff. She said one thing that REALLY clicked with me—“You want to have characters that are memorable like Captain Jack Sparrow or Han Solo” (I’m paraphrasing here of course. My memory isn’t that good.) 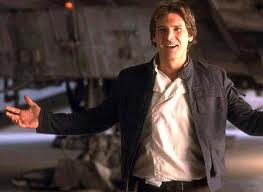 Now, I’m no Star Wars or Pirates junkie, but a light went on in my head. I believe there are good reasons why both of those stories are popular: good premises, plots, antagonists, adventure, and special effects. But would Star Wars have been successful without Han Solo? Probably, but not as successful and not nearly as fun. (It needed a little, “Look, Your Worshipfulness, let's get one thing straight. I take orders from just one person: me,” and some, “Not a bad bit of rescuing, huh? You know, sometimes I amaze even myself,” and of course some, “You like me because I'm a scoundrel. There aren't enough scoundrels in your life.”) Would Pirates have succeeded if Captain Jack was closer to your stereotypical pirate captain? Probably, but not nearly as much. (Saying things like, “He’s a lummox, isn’t he? Well we shall have a magnificent garden party and not invite him!” “Savy?”) The strong, memorable characters lifted already good stories to a new level. 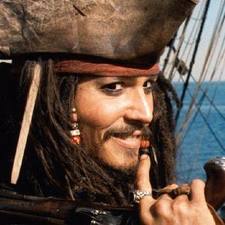 I wanted a crazy fun character like that . . . but not a main character. I usually think a main character should be more relatable—someone you can cheer for. Main characters also need to grow more than others, and that can often mean growing out of what makes them memorable. This is by no means always the case, but a general perception I have. A side character, however, can be much more extreme, quirkier, and it doesn’t mess up your story. (In my personal opinion, I think one of the problems with the Pirates series is when they moved Captain Jack from a side character to the main character. It is harder to cheer for an extremely selfish opportunist for two hours. Entertaining, but not captivating.)

Han and Jack are quirky, confident, and egocentric, but other character traits also work. For example, I love Van Helsing in the classic Dracula, Reepicheep in the Narnia series, and Samuel Hamilton in East of Eden. They are memorable because of their incredible goodness. Going more modern, I love Patten and Lena in Fablehaven—interesting and adventurous. Pippin and Merry in The Lord of the Rings—funny, scared, but with great hearts. The wacky mom and boy-crazy Lydia in Pride and Prejudice (Yes, I’ve read it). Bartok in Anastisia. Ado Annie in Oklahoma. Dwight on The Office. And Sheldon on Big Bang Theory. Each character is a little (or a lot) extreme, and if you made a spin off book/movie/musical with them as the main character, it would probably flop. But they are fantastic side characters and breathe great life into the story. 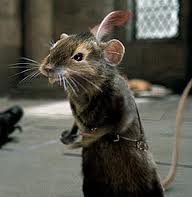 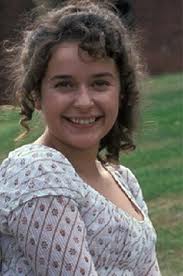 When I sat in the presentation, I was in the middle of hashing out a manuscript. I really liked its premise and the two main characters were fun and relatable—twins, one a genius, the other rather average. I really felt like kids could connect to them, but I wanted something more—someone extremely fun to write. I came up with Carol. She is very smart, but also extremely hyper, fast-talking, and quite boy-crazy. I’m not sure that I’ve hit the mark, but I will quickly admit that she was by far the most fun character to write. I found myself writing things like the following:

Carol grabbed the shoulder of a boy walking by. “Excuse me,” she said. “You look like you’re older than me. Not a lot older, but at least a little. I mean, if you wanted to ask me out sometime I think I’d be okay with that—just thought I’d clarify. Unless you are just a good-looking shell with a shallow unfeeling core, then never mind. But the reason I stopped you, is that I need to ask someone who has been at this school longer than I have a question.”

Taking a moment to process what Carol said, the boy responded, “Okay.”

“Okay, you want to go out with me, or okay you’ll answer my question?” Carol asked.


My manuscript is now with its second set of beta readers, and so far, I think every single reviewer has mentioned how much they like Carol. I’m not sure if she’s exactly right, and I’m not sure the whole book is good enough for publication, but I know I’ve really enjoyed trying to make one side character a little extreme, and hopefully memorable.

If by chance, you think your manuscript needs to move up a level, perhaps you can add a little Jack or Carol or Reepicheep equivalent. I know I have really enjoyed it.
Posted by Chad Morris at 10:48 PM