I know that I'm not supposed to fall for the bad guys but Jane Austen gets me EVERYTIME! I love Whiloughby and Whickham for all their charming ways. But this last one caught me off guard (because his name doesn't start with a WH) 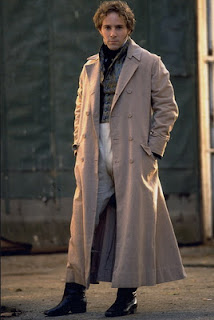 We know from the beginning that he's a bit of a cad but oh, how he tries to be good.
And oh, how he LOVES Fanny (even when it seems like nobody else does)
He could rescue her from poverty (purely because he wants to spend the rest of his life with her)
And she could rescue him from his selfish tendencies and his improprietious background. 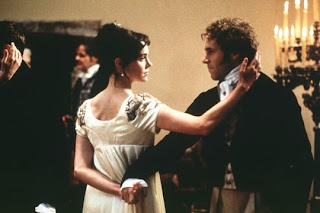 I think one of the happiest engagements I've ever seen was in the 1999 film version* when Fanny accepted him after his countless kindnesses and then my heart broke for the guy when she called it off. In fact you can see how poor Henry took it in Sharp Dressed Man at 1:56. He's the guy with the flowers.
My heart breaks at the part of Sharp Dressed Man, each time. 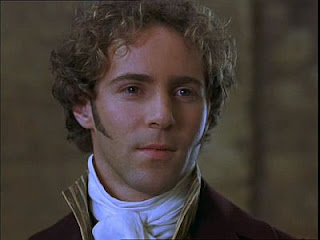 Now with that being said, he doesn't end up being the best guy in the world (and we had enough foreshadowing to know that he wouldn't be) and like his WH friends, the ladies are better off without them. 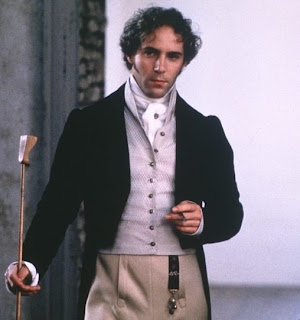 Darn those charming bad guys. With these tendencies it's a good thing I married such a nice guy.

Did you know that there are people who chose sides in this book?
Are you Team Henry
or Team Edmund?

*in the book Fanny never accepts his proposal
Posted by Small Town Shelly Brown at 2:00 AM