Are you ready for the rollercoaster
that is my mind?
I dyed my hair dark brown from it's natural blonde and I loved it. It was a really fun change.
But going back to blonde....not so fun.
Currently my hair looks like an orange hypercolor shirt that turns white at the scalp. It's intense. And today when I pulled it back (so that I didn't have to look at it) I looked in the mirror and saw a blast from the past. 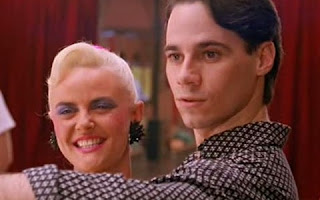 EEEEeeeeek!
(but I don't wear blue eyeshadow, in case you were wondering)
Ah, Strictly Ballroom! I have great memories of that movie. If you haven't seen this movie AND you can stomach Baz Luhrmann films then watch it! It is wonderful. More about it later....


Follow me if you will.
We're walking...we're walking....we're stopping.
I asked you fine folk a question a little while back about book writing formulas.

You can see the question and responses HERE
And I discovered that some of you felt strongly about the topic.
"I would love a formula."
"No formulaic writing, please."
I loved the discussion in both directions. 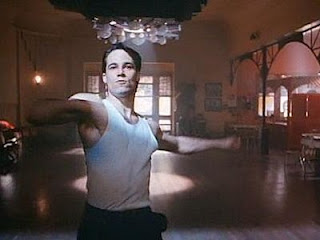 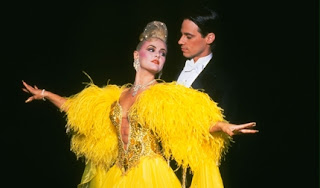 he loses his dance partner (the bleach blonde, Liz) and gains a gangly nerd girl (Fran) 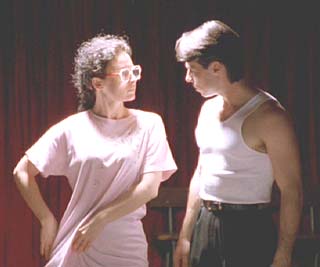 His mother and the dance board say "NO NEW STEPS!" 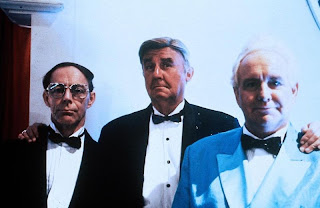 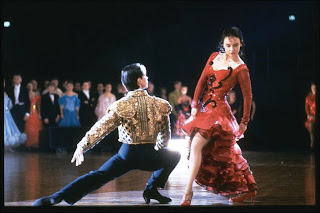 (Now you don't have to see the movie ;)
Sometimes I think we hate conformity, just like Scott, and want to dance to our own steps ("I would never follow a story formula!")

But allow me to discuss a contrary thought for the sake of argument.

Ballroom dancing still follows strict rules (and the dancers must be creative inside of those boundaries), the films that draw in the biggest crowds are rather formulaic, and most non-conformist books never get published.

I loved some of Scott's moves, Baz's films, and I chose to write an entire thesis paper on Jack Kerouac.

But structure is there for a reason.

"Thy reason, dear venom, give thy reason!" (Shakespeare's 12th Night)

People who start with the idea of reinventing the wheel are often frustrated. You can reinvent the wheel but it is best done by those who study the wheel, what works and what doesn't, then come up with a better wheel. Not just by someone who looks at a wheel and says, I can do better than that.

I present these ideas as one side of a debate and something to think about. I think there are some people who somehow can invent a new and improved wheel without all the prep work, but they are rare. If you feel strongly inspired to break from conformity- BREAK FREE! I really believe that. But if you just don't like the work and would rather skip it and get to the creating...it might be a long road.

Here is a short blog post about this topic that I found after writing this the first time. If you have two minutes to spare, it is worth it.

Complete side note (if you have followed me thus far, you can follow me anywhere!) I watched Strictly Ballroom for 2 years in a row in high school spanish class. Why? Because there are some tidbits of spanish in this Australian film. You gotta love underpaid public school teachers!
Posted by Small Town Shelly Brown at 6:00 AM